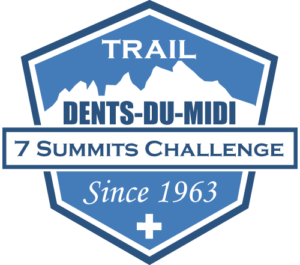 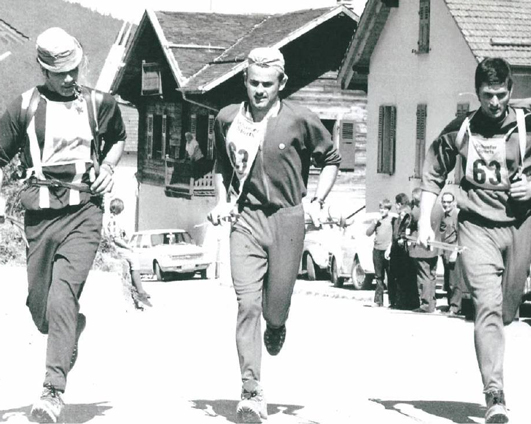 The Tour des Dents du Midi, the pioneer of the Valais walking tours, owes much of its worldwide reputation to a marathon event held here over an incredible 40-year period. Following the first official event, held in 1964 the regular participation of elite athletes gave this race its iconic status. Since these early days, the race has expanded to include an all-comers event.

The Tour des Dents du Midi was first attempted in 1962, by Fernand Jordan, and organized by the Daviaz Ski Club in 1963, making this striking mountain massif the site of Europe’s first alpine footrace. In 1968, the immense success of this competition inspired a study on the feasibility of creating a multi-day trail for hikers avid to explore the Dents du Midi.

Thus, this race skims along the winding trails of the Tour des Dents-du-Midi, navigating superlative alpine landscapes on mountain paths that offer up nature at its best. Extraordinary panoramas of the Dents du Midi await around every corner, and lakes, waterfalls and rushing glacial torrents vie for your attention, juxtaposed against a backdrop of shady forests, striking scree slopes and bucolic alpine meadows.

The development of tourism in the Alps owes much to local visionaries. In this case, a few enterprising individuals collected private funds and financing for the Tour through the Migros Cultural service. They obtained the necessary permits, built ten kilometres of trails and renovated 32 and a half kilometres of existing trails. With unflagging energy, they marked out paths, studied walking times and fixed stages with mountain huts before the tour was finally ready for use! It was in 1972 that the Tour des Dents du Midi hiking trail was inaugurated.

As you wend your way along the itinerary, you may be surprised by the whistle of a marmot, or the clattering of rocks loosed by the passage of a nearly invisible chamois or ibex. You will thrill to the delicate scent of a flower and to the deep silence of a spruce forest. This is only a glimpse of the enchanting thrall of the Dents du Midi massif.